Based on functionality of human eye, researchers, including an Indian-origin researcher, have developed an inexpensive, faster 3-D camera, the Microsoft Kinect, that adapts well to any environment such as outdoors and produces high-quality images. It functions by sensing the user’s gestures, giving an enhanced feeling of total immersion into any game.

Doing away with the need for controllers and joysticks, the new 3-D camera was developed by Oliver Cossairt from Northwestern University and named after him as Cossairt’s camera.

The project was assisted by his colleagues, which included Mohit Gupta from Columbia University, wherein then 3D camera uses single-point scanning in a unique way. 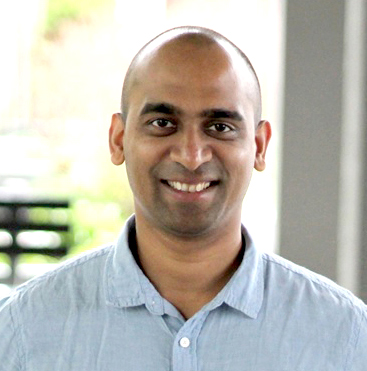 The new product is much improved version of other first and second generation Kinect devices which function by projecting light rays that are then recorded and processed to estimate scene depth at each pixel on the sensor but these are less precise than single-point scanners.

The previous Kinect devices failed to work well outside because the sunlight overpowers its projected light patterns. However Cossairt’s camera, work even in the presence of the sun because it is much brighter than surrounding light.

“In order for a 3-D camera to be useful, it has to be something you can use in everyday, normal environments. Outdoors is a part of that, and that’s something the Kinect cannot do, but our Motion Contrast 3-D scanner can,” said Cossairt.

The 3D camera has immense application for devices in science and industry that are dependent on capturing the 3-D shapes of scenes “in the wild,” such as in manufacturing automation, augmented reality, bioinformatics, and robotics, said researchers.

In most outdoor settings, vision systems operate on a limited power as the light sources are often too weak to compete with sunlight, resulting in degraded performance.

For instance, Kinect, a popular structured light device, cannot recover 3D shape in strong sunlight. In such scenarios, ideally, the power of the light source should be distributed ‘smartly’ over the scene according to when and where it is needed the most, says Gupta about his project.

But by adapting the light distribution according to the ambient illumination, it is possible to perform fast and accurate 3D scanning outdoors on a limited power budget, he says.

“We show that our method achieves detailed 3D structure outdoors in strong sunlight, even with low power light sources and a small acquisition time,” he said.

Health Byte: Why Chocolates Cheer You, Keep You Happy?

Early Puberty Tends to Increase Risk of Depression Among Girls, More Than Boys