Three astronauts, one each from NASA, Roscosmos and JAXA have set their space journey with the launch of Russian Soyuz MS-01 from the Baikonur Cosmodrome in Kazakhstan to the International Space Station at 9:36 p.m. EDT Wednesday.

NASA astronaut Kate Rubins, cosmonaut Anatoly Ivanishin of the Russian space agency Roscosmos, and astronaut Takuya Onishi of the Japan Aerospace Exploration Agency are now in orbit and this is the first flight for the upgraded Soyuz MS-01 spacecraft.

The three crew members will travel for two days and a total of 34 Earth orbits before docking to the space station’s Rassvet module at 12:12 a.m. Saturday, July 9.

NASA TV coverage of the docking will be livestreamed at 11:30 p.m. on Friday, July 8. The three astronauts will be on ISS for a four-month mission. “All is well on board!” said mission control in comments and NASA TV footage showed Ivanishin and Onishi giving each other fist bumps to celebrate the successful launch.

The new Soyuz series have been upgraded with powerful bosters, an improved navigation system, strengthened shielding from debris and more cells on the craft’s solar panels.

The delayed launch by two weeks will dock at the ISS and NASA’s Kate Rubins will be the first woman aboard the ISS since Italian Samantha Cristoforetti returned to earth with the record for the longest single spaceflight by a woman (199 days) in June 2015. 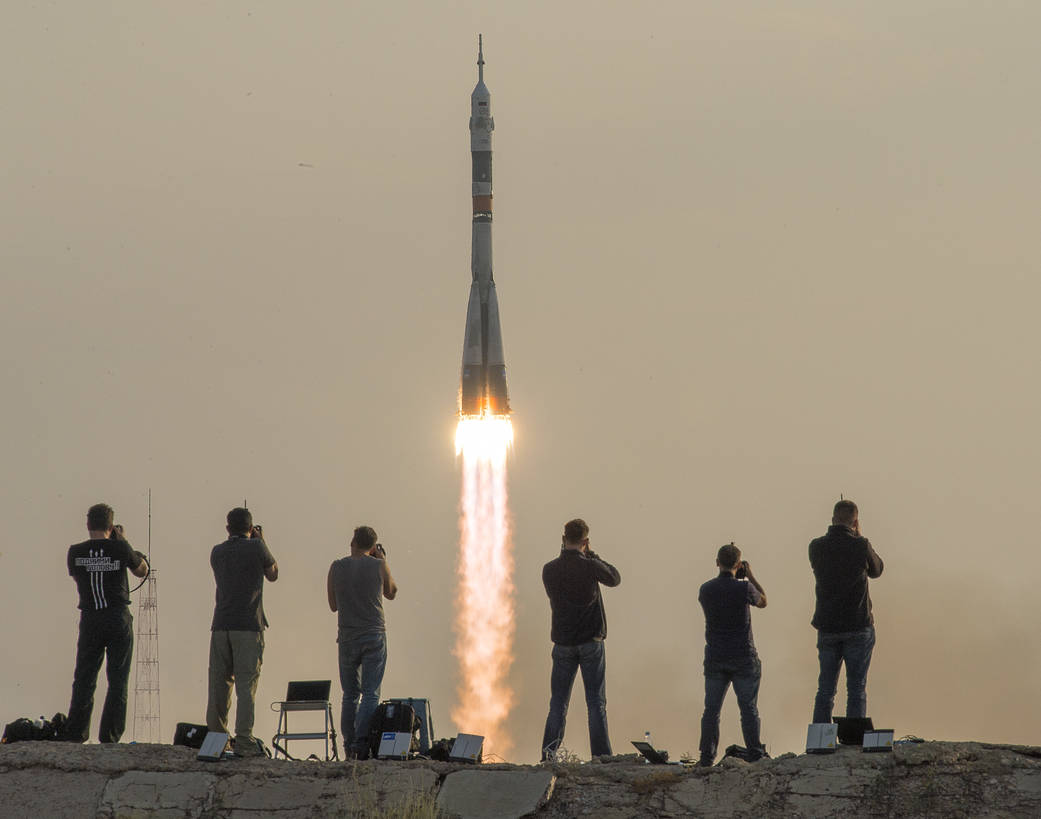