The Jury Chairperson, P. Bharathiraja addressing a press conference to announce the 62nd National Film Awards for the year 2014, in New Delhi on March 24, 2015.(PIB Photo)

The 62nd National Film Awards have been announced with ‘Haider’ winning top five honours followed ‘Mary Kom’ and other regional films making to the list, while in telugu “Chandamama Kathalu” is the only film which could receive national award.

“We have got more than what we expected. I am overwhelmed,” said Vishal Bhardwaj. Bollywood’s other big winner is “Queen”, which won the Best Hindi film and the Best Actress honour for Kangana Ranaut, for “an endearingly etched out performance” as Rani. This is her second National Award after the Best Supporting Actress for essaying a doomed model in “Fashion” in 2008.

The Best Popular Film Providing Wholesome Entertainment went to “Mary Kom”, debut directed by Omung Kumar, for being “an inspiring tale of a woman who becomes a national icon through her determined pursuit of sporting excellence”. The film starred National Award winning actress Priyanka Chopra as boxing champion M.C. Mary Kom, and the director is ecstatic about the unexpected victory.

Another surprised winner was Chaitanya Tamhane, whose yet-to-be-released movie “Court” won the Best Feature Film for its “powerful and stark depiction of the mundaneness of judicial procedure”.

The Best Direction award went to Bengali director Srijit Mukherji for “Chotushkone”, which according to the jury, has “brilliantly reflexive use of the cinematic idiom”. Mukherji also won for Best Original Screenplay for the film, which even won the Best Cinematography accolades for Sudeep Chatterjee.

The Best Actor award has been bagged by Vijay for his “subtle and non-stereotypical playing of a woman trapped in a man’s body”, in Kannada film “Nanu Avanalla Avalu”. The film has also won for Best Makeup Artist for Nangaraju and Raju.

In the Best Children’s Film, there is a tie between Marathi entertainer “Elizabeth Ekadashi” and Tamil movie “Kakka Muttai”. The latter has also won the Best Child Artist honour for actors J. Vignesh and Ramesh.

The winner of the Best Supporting Actor this year is Bobby Simhaa for Tamil film “Jigarthanda”, which also won Best Editing award for Vivek Harshan, while Baljinder Kaur’s performance in Haryanvi movie “Pagdi The Honour” has been cited for Best Supporting Actress.

The Best Playback Female Singer has gone to Uttara Unnikrishanan for the song “Azhagu” from Tamil movie “Saivam”, and the Best Adapted Screenplay honour went to Joshy Mangalath for Malayalam movie “Ottal”.

NA. Muthukumar won the award in Best Lyrics category for the song “Azhagu” from film “Saivam” as well.

The award for Best Production Design went to Aparna Raina for Konkani film “Nachom – IA Kumpasar”. She was honoured for convincingly recreating spaces from a different era and keeping minute details in mind. 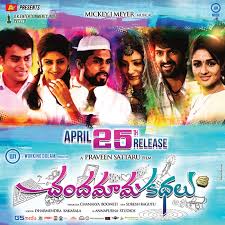 Sukankan Roy’s directorial “Sound of Joy” grabbed a national film award in the Best Animation film category for its flowing and engaging storytelling. The film narrated stories from Swami Vivekananda’s childhood and emphasised on developing the power of concentration. The film was produced by Aura Cinematics and the animator of Rishi Sanay.