Kick is one of those bollywood films based on South Indian films and the trend continues.

The year started on a positive note with young guns bringing in the moolah, but overall, 2014 has so far turned out to be a disappointing one for the Bollywood box office, say trade gurus, pointing out at how only seven of the nearly 180 releases surpassed the Rs.100 crore ($16 million) mark in the Hindi film industry, which has grossed an estimated turnover of Rs.2,350 crore so far. Hope lies in Aamir Khan’s much-awaited “PK”.

Whether it was Tiger Shroff’s “Heropanti”, Sidharth Malhotra’s “Ek Villain”, Varun Dhawan’s “Main Tera Hero”, Alia Bhatt’s “Highway” or Alia and Arjun Kapoor-starrer “2 States” – they set the stage for a decent year in the first six to eight months, by not just recovering their money, but also making profits. 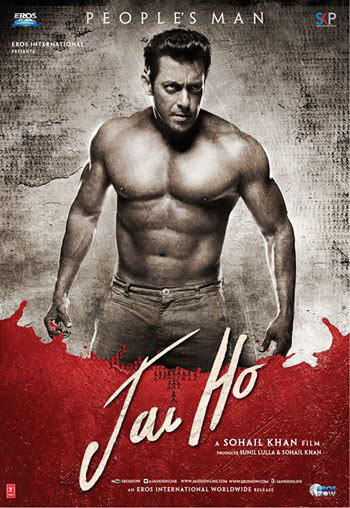 But the “second half was a major disappointment and most of the films didn’t live up to expectations,” Rajesh Thadani of Multimedia Combines told IANS. “This year was very bad…so far,” he added.

Terming 2014 an “average year”, trade analyst Komal Nahta told IANS: “The start of 2014 was good, but towards the end there was a downfall. November was the worst month for the film industry in the last 15 to 20 years. All the films, including ‘Happy Ending’, ‘The Shaukeens’ and ‘Kill Dil’ bombed.”

Thadani estimated that instead of adding to the list of movies making their way into the Rs.100 crore club, November’s releases contributed to a loss of Rs. 100 crore at the box office in the month.

“Nobody was expecting this kind of downfall as there were lots of expectations with few films. Even ‘Action Jackson’ has not been up to the mark,” he said.

Two other films which inched close to minting Rs.100 crore were “Ek Villain” (Rs.96 crore) and “Humpty Sharma Ki Dulhania” (Rs.86 crore).This is better than the five Rs.100 crore spinners of last year, “but still we can’t consider this as great business,” said Thadani.His comment seems justified in the fact that these were high budget films too.

Trade expert Vinod Mirani IANS: “Raking in Rs.100 crore is not a benchmark anymore in this industry. Besides, the films that have crossed Rs.100 crore were made on a huge budget, so they have not made any profit. They have merely recovered their money. In short, it was certainly a bad year for the industry.”

Hindi filmdom forms a major chunk of the globally popular Indian film industry, estimated at a little over Rs.1,250 crore in 2013, according to the FICCI-KPMG Indian Media and Entertainment Industry Report 2014.

As Desai pointed out, the damage has been done for this year. And now all eyes are stationed on “PK”, which brings together the hit “3 Idiots” trio of Aamir, director Rajkumar Hirani and producer Vidhu Vinod Chopra. One wonders if it will salvage the state of the Bollywood box office when it releases Dec 19.

“I don’t think one film is going to change the fate of the entire year, but still we are hopeful about ‘PK’,” said Desai, while Nahta said: “There’s a lot of buzz created about this film, and we are hopeful it will do well.”