A 12-year-old boy was so angry with his mother who scolded him over a petty thing that he pedaled his cycle 450 km from his residence enroute to Lucknow where his father works.

His mother who runs a laundry shop scolded him for forgetting lunch box asked him to return home and get it but the irked boy turned midway to Lucknow as he was not carrying emough money to go by bus or other mode of transportation. 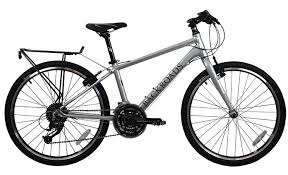 When the boy failed to return home, his mother complained to the local police post and a case of kidnapping was registered and his phot was flashed all over police stations in UP. Unmindful of agony at home, the boy pedaled both in rain and scorching heat as cycling was his favourite hobby.

He ate whatever he could buy on the roadside and slept at shop corridors in the night. “I liked pedalling and heat did not bother me,” he told the counsellor at the Childcare centre. When his cycle tyre got punctured 4 days later, he started begging on the roadside in Lakhimpur, 150 km away from Lucknow.

The passersby informed a PCR van about a suspicious boy. The police team found him begging and took him to a shelter home, where he disclosed his address and reason behind leaving home.

The next day he was sent back home.

Terror Drama at University of North Carolina, Sirens Go On and Off, All Clear Now!