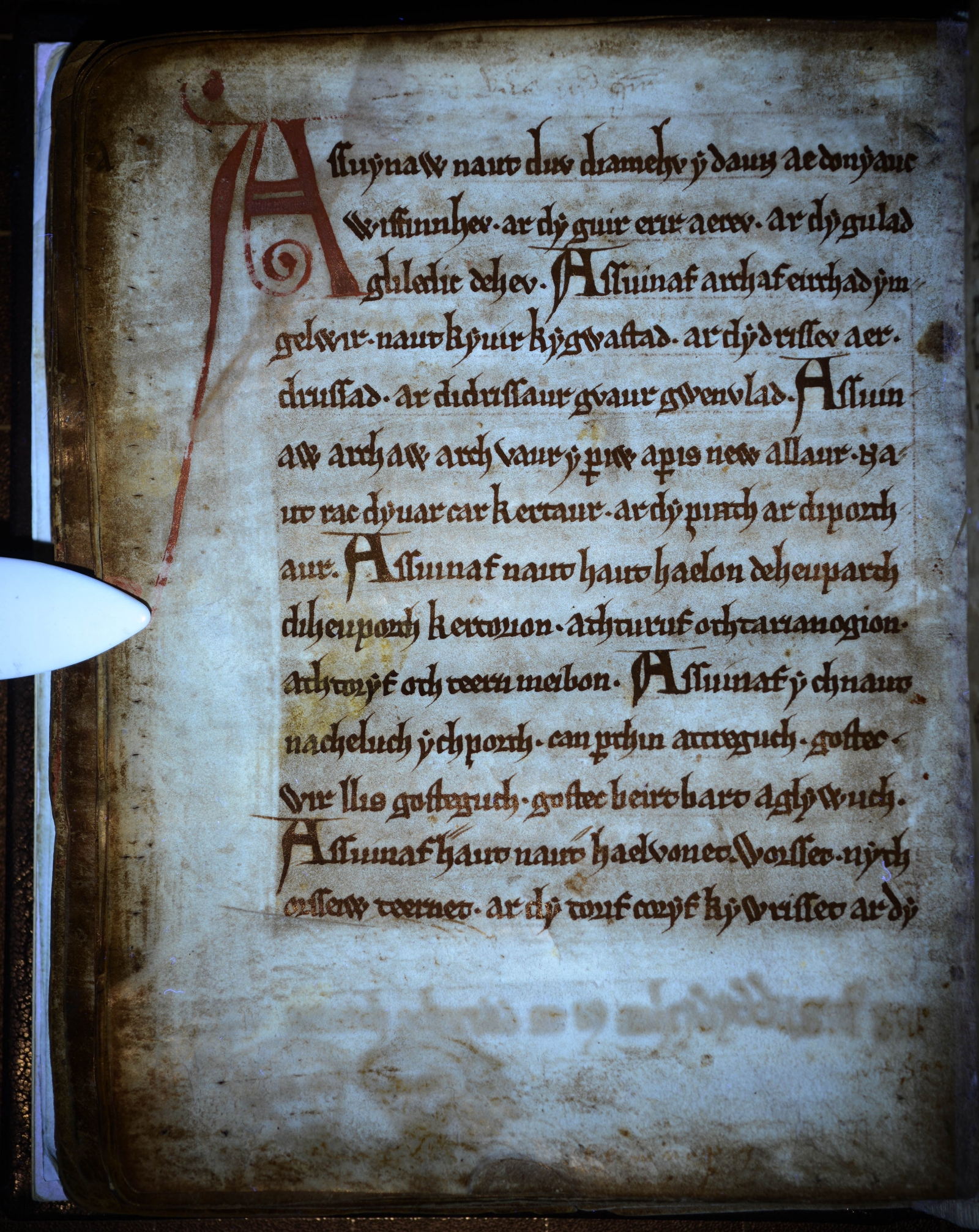 The Black Book of Carmarthen manuscript unearthed by University of Cambridge scholars. (Univ. of Cambridge)

Researchers at the University of Cambridge have unearthed a hidden ancient medieval manuscript containing doodles, marginalia and secret verse with earliest references to King Arthur and Merlin dating back to 1250.

The ‘Black Book of Carmarthen’ written in Welsh is a collection of poetry written between the 9th century to 12th century reflecting the medieval tradition of drawings of Welsh folk-heroes and legends from the Dark Ages.

Cambridge researchers believe that the book, thought to have been written by a scholar, was named black because of the colour of its binding. The opening of the book begins with a dialogue between the wizard and Welsh poet Taliesin.

One of the researchers, Myriah Williams, says, “It’s easy to think we know all we can know about a manuscript like the Black Book but to see these ghosts from the past brought back to life in front of our eyes has been incredibly exciting. The drawings and verse that we’re in the process of recovering demonstrate the value of giving these books another look.”

He said the scholar who wrote the book could have collected several poems over a period of time in his lifespan but one that attracted the attention of the Cambridge scholars is about the adventures of Arthur, the then King.

The researchers further found several details of Arthur while examining the text with ultraviolet light and using the photo editing software. They believe that its previous owner Jaspar Gryffyth might have erased some text when it changed hands. However, it appears as though ghosts from the 11th century depicted in the background as seen in the picture released by the university.

In one poem, Arthur was depicted to be searching for the entrance to a court and in another poem titled, the Stanzas of the Graves, the narrator refers to the burial places of 80 warriors. The same poem also refers to Merlin twice.

Cambridge scholar Williams also refers to some of the interesting features in the book like the margins of manuscripts containing medieval and early modern thoughts of the ancestors in reaction to what they were reading, more like the current Internet day practice of writing comments and sharing views on online published news or blogs.

“The Black Book was particularly heavily annotated before the end of the 16th century, and the recovery of erasure has much to tell us about what was already there and can change our understanding of it,” added Williams.